Note: Please don’t read it in the little pop-up for the reader. For some reason it doesn’t reflect my later edits (which I often make a lot of after publishing), so please click ‘view original’.

Think of it as throwing money at the author and Alphapolis, and getting a book with squiggles and pretty pictures as a pleasant extra.

In Japanese, bisque and parians dolls and the like belong to the group ‘western dolls’ rather than just dolls. The reason is because Japan had its own flourishing doll culture. So uh. How am I trying to explain this again? Sorry, woke up at like 5 this morning, or last morning rather, and it’s 1 now. Um. Right, so uh, .Hm. Right, so like, we say ‘you look just like a doll’, but to evoke the same image, Japanese people might say ‘western doll’. Because if we take Japan to be the default, a doll might look like this: 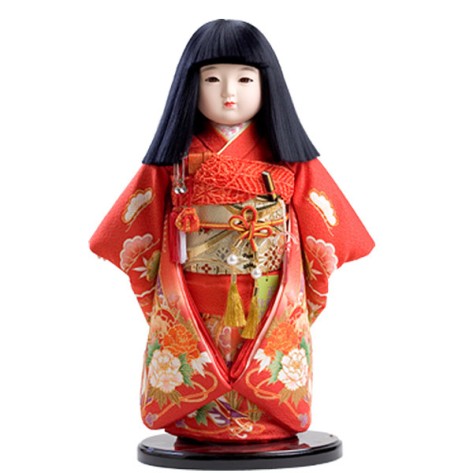 Um, of course, when they say ‘you look like a doll’ they probably mean the more modern stuff, and not the traditional, ugly porcelain dolls. Uh. Damn it. Anyway, if you see ‘western doll’ in a Japanese novel, just use your default image of doll. All it means is that it isn’t a traditional Japanese-style doll. Not necessarily traditional western dolls.

A fragrance like lavender wafted about through the elegant but empty room.
I even had make-up put on me, looking like a western doll, and a completely off-looking reflection greeted me in the mirror.

The kind maids would occasionally bring in books or sweets to help my boredom but… I’m at my limit.
To begin with, I wasn’t the type to sit around doing nothing.

Fortunately, there isn’t anybody around, so I can leave my room without blame.
I opened the door and looked left and right around the surroundings.

“It’s not as though I’ve been ordered 『Don’t walk about』 or anything, so it’s fine. I’m just going to have a bit of a look about the castle…”

There shouldn’t be any problem as long as I return to the room in the end.
I decided to have a stroll around the castle, doubling as checking for an escape route in case things really came down to it.

The moment when I closed the door and had just taken a step forward, somebody called out to me.

It seems that I bumped into Prince Royce’s adjutant, Achille, just as he left the neighbouring room.
Such bad timing…
Am I going to be told off for arbitrarily leaving my room?
Perhaps because the game knowledge of him takes priority, I’m a little bad with dealing with him.

I met Achille Jade back when we went to the mountains behind the school.
However, I don’t recall speaking to him very much.
At the time, he had his hands full looking over the master of getting lost, Miss Camille, as she was always about to talk off somewhere else. Because of that, he was in no position to chat.

“Calling me Achille is fine, Beatrix-sama. Are you going out?”

Achille politely asked me this with a friendly smile.
But I know your about it, know. That the pits of your stomach are a pitch-black black hole!

“Yes, well, it would be too boring to just stay in my room all day, so… I wanted to have a bit of a stroll around the castle, but…”

“Certainly, it might be difficult to spend the whole day in the same room, mightn’t it. However, I cannot recommend leaving your room without telling anybody. It brings us shame, but idiots like the ones on the day of your bridal procession may be lurking in the castle after all… What’s more,”

As though cutting off his words, a lovely, bell-like voice rang out from the other side of the hallway.

The moment that it did, Achille made a troubled expression.

Unable to hide my shock, I looked at the rare expression of Achille who normally never drops his pokerface.
Even though in the game, he was supposed to be a character that always had a smile plastered on…
In the game, no matter which sprite or image it was, he was basically always drawn with the same expression. The only time that his expression changed was when he looked at the burikko noble girl, Camille, with eyes of scorn or loathing.
The fact that his expression changes when it’s something to do with Camille is the same as in the game, but… I feel closer to this Achille with the troubled face.

I could see Miss Camille heading our way from behind him, with somewhat unsteady steps.
Why is she tottering like that…? Is she drunk just like the time of the entrance ceremony?

“Camille, are you fine with walking now?”

The overprotective Achille ran up to her, and in return, Miss Camille shot him a resentful glare.

At that point, exhausted, she fell to the ground.
What’s going on…? I’m worried.

Achille flusteredly held her up in his arms. As usual, they’re a pair that really feel out of place.

“If you can’t walk, then go back to the room. If something happened while you were like this…”

She seemed to be in a bad mood for some reason, but Miss Camille who was clinging to Achille’s neck in a princess carry was really very cute.

“Um, M-… Camille-sama. If it pleases you, how about resting in my room?”

Achille probably has more work after this. He’d probably lose a lot of time bringing Miss Camille back to her room.
And what’s more, it doesn’t seem like I’ll get to have a stroll around the castle at this rate.

“I see. Then let’s head to your room, Beatrix. …Achille.”

With Miss Camille suddenly looking in Achille’s direction, Achille was once again making a troubled expression as he carried her.
I think she’s amazing to be able to have him make such a face.

“…It seems that you haven’t been made too useless, huh?”

I was thinking that I’d seen this scene somewhere before, when I realised that it resembled the conversations I had with Baka-sama.
She probably troubles him a lot, but because I could see the kindness, my lips unconsciously curved into a smile.
Goodness. Even though it’s only my second day in the Garnet castle. I’m already homesick.
I was the same way when I first came to this world though. It seems that I’m no good with dramatic changes to my environment.

President of the Shitposting and Sometimes Translation Club, and twice-convicted Suzuhara Lulu shill.

In the aftermath of the second Lulugate scandal and the subsequent restructuring under the current president as part of his plea deal with the SEC, now works as VP of internal stagnation and shitpost acquisition.

I'm tired Onii-chan, let me sleep! If you keep making me do your accounting for you, I'm going to embezzle my fair share... grumble grumble. Translator for Outrageously Curvaceous Yankees.