Note: Please don’t read it in the little pop-up for the reader. For some reason it doesn’t reflect my later edits (which I often make a lot of after publishing), so please click ‘view original’. 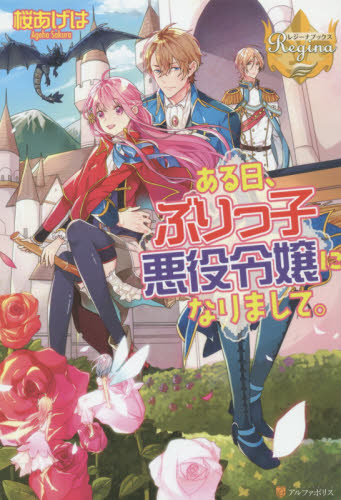 Think of it as throwing money at the author and Alphapolis, and getting a book with squiggles and pretty pictures as a pleasant extra.

You might be thinking, ‘Well, do I owe any thanks to Alphapolis the publisher?’, but in fact it is because the publishers are so willing to pick up web novels (Alphapolis in particular) that so many creative stories are being written by people wanting to make it as writers.

“Hmph, it’s hard to relax in such a needlessly sparkly room.”

Whilst saying that, Raiga arbitrarily decided to sit down on my sofa and made himself comfortable like he owned the thing.
If you’re going to complain then I don’t mind you getting lost… But Raiga doesn’t seem to have any intention of leaving.
For now, let’s try greeting him.

“Yeah. Today I brought her with me to the castle. If possible, I’d like to let her go to school as much as possible, but her morning sickness is pretty bad so I think it’s about time that she starts taking time off school.”

It seems that Raiga is sweet on Mei as usual. Even his usual cold-looking face has loosened carelessly.

“Hm~mm, that sounds rough. …And so, what did you come to talk about today? Right now is my precious rest time you know?”

Henri who was standing nearby showed a baffled expression.
It’s not unreasonable… At the end of the day, the one sitting here is Raiga.
Right now he’s not antagonistic, but just a little while ago he was my natural enemy. When I was young I had a hard time because of his followers too.

Because of the incident with Count Tito earlier, we’ve gotten closer but… that doesn’t mean that I can let my guard down yet.
After all, even though he owes us about Mei’s rescue, he’s acting ridiculously arrogantly right now.

“I came to tell you that I’d lend you my subordinates… Your subordinates are all theory-loving magicians aren’t they?”

“Hahh? What are you talking about all of a sudden?”

“Like I said, I’ll make it so that you can use my knight order. Honestly speaking, you don’t have enough knights after all.”

Right now the knights in the King Faction are constantly vying for accomplishments, and there are lots of times when they don’t do their jobs properly when the time comes. It seems that the time that I was abducted was the same.
Even though they should have ability, instead of training their skills they’re busy getting better at pushing the blame onto others… Honestly speaking, having Raiga’s knights go with Achille and Camille would be really reassuring.

“Magicians are a bundle of individualism, and aren’t suited for physical labour either. You need knights that you can use, right?”

Certainly, having knights in the extremist subjugation would be reassuring. When all’s said and done, their physical strength is on another level.
Both Camille and Achille are slender, so they’re not suited for jobs that use their body…

“But why did you suddenly feel like lending me your knights?”

“Hmph, you’re having trouble aren’t you…? Both that magic idiot and that prodigy in sheep’s clothing aren’t by your side.

Could it be that because Camille and Achille aren’t by my side… He’s paying attention to me?
That Raiga is? Even though he’s Raiga?

Since we were children, we haven’t gotten along.
We never directly fought but even so we had problems with each other.

“Have you gotten soft because you’ve become a father?”

I suppose wonders do happen.
Raiga looked at me and gave a massive grimace. Blue eyes just like mine narrowed unhappily.
But it doesn’t seem like he’s withdrawing his offer.

“I’ll be staying in the castle for a while you see… There are heaps of things to do.”

I reflexively asked him.

“The garbage that would harm Mei, I’m going to beat out all of it from the castle without exception…”

Then, isn’t that the same as what I’m doing? He wants to do something about the rotten leaders of this country, right?
…What timing.

“I’ll help you with that. At the very least, I think I can completely clean up the King Faction after all, and I’ve prepared a few things for the Royal Prince Faction too.”

Raiga looked like he was thinking for a little. His silver hair wavered.

“Well then, I’ll try my best to do something about the Royal Prince Faction… Be careful. My father is moving to use this extremist case to take down the King Faction that’s full of openings.”

“I thought so… Geez, Ojisama, you sure didn’t betray my expectations.”

Honestly speaking, I’m grateful. From my position it’d be difficult to make a move on the nobles of the Royal Prince Faction, so it’s a great help to have Raiga make a move.

We decided to join forces. Our fathers quarrel without end, but there’s no reason that even we have to as well.
And moreover, our interests overlap.
If Raiga cooperates, then we probably won’t suffer from a surprise attack from the Royal Prince Faction while we’re busy with the extremists either.
In that respect, he’s a helpful cousin.

After that, he drank up the tea that Henri brought, demanded more tea and sweets, and after completely wasting my rest time, he left the room with a satisfied expression.
Didn’t he have any suspicions about poison being put in his drinks or food?
Is he broad minded? Or is he stupid, or bold? …I don’t really understand this cousin of mine.

Author’s Note:
Raiga-sama is clumsy, but is actually a good guy… is what this story was about (laughs)
With his beast-like intuition, he can see through enemies and poison.

President of the Shitposting and Sometimes Translation Club, and twice-convicted Suzuhara Lulu shill.

In the aftermath of the second Lulugate scandal and the subsequent restructuring under the current president as part of his plea deal with the SEC, now works as VP of internal stagnation and shitpost acquisition.

I'm tired Onii-chan, let me sleep! If you keep making me do your accounting for you, I'm going to embezzle my fair share... grumble grumble. Translator for Outrageously Curvaceous Yankees.

It was a dark and stormy night... the little slug, abandoned by all of it's friends, moved onwards. It undertook a hard and unwelcome journey. The ground was made of slippery, mismatched cobblestone, but the marble managed to glue the jagged edges together into something that could almost be considered lovely. But that beauty couldn't smooth over the reality: jagged pebbles dusted the walkway, and without thick skin or protection, traversing the path would only lead to injury. But life had mercy on the soft, vulnerable slug; the skies cried, and the water was enough to pave the slug's way to a place of suitable shells, lifting it high above the debris. The slug continued on this path, a little nervous and a lot determined, until two long shadows coalesced in the night and stood in its way. "Slug! It's a slimy slug!" one crowed. The rest loomed over the slug, dark and threatening. "I'm not a slug!" it retorted, even as it flinched back. "I am a snail, like the rest of the snails. I just have no shell." The shadows did not seem to hear. Perhaps they simply didn't care. "No snail has no shell," another scoffed, crowding closer to the slug without any fear. Unlike the slug, they were uninhibited by the waters, able to wade through the slow current with long legs. "What, do you have a shell here?" they mocked, brandishing sticks in their mouths, prodding the slug's weak flesh with malicious intent. "Stop!" the slug cried in a panic, but they did not stop. Rain spilled over the slug, licking its wounds, until it didn't... The slug lay helpless on the side of the streets, unmoving. The many voices were long gone, but the slug was bitterly reminded of its siblings and their equally callous words. Where is your shell? Who is going to protect you? It did not resist as it was thrown into the air by some unknown assailant, landing straight into unconsciousness. Perhaps, its siblings had been right. The slug was useless on its own, and the weak never survived. But the slug did not die. It came to, after a long, long time, to see a large, patterned rock. "...Hello?" the slug whispered, barely audible, not expecting an answer. But surprisingly, the rock moved, revealing a wisened head that craned over to look at the slug. "Hello," it greeted calmly, "What are you? I have not seen any like you before." The slug took a long moment to comprehend its words, and even then, it felt floored. Someone who had not heard of slugs at all? "I...am a snail, who has no shell, seeking a place of suitable shells that will fit me, like the shells in the place of suitable shells near my home that fit my kin." "...Is that so?" the other asked. Its eyes went wide. "I cannot understand, for this shell of mine has been mine ever since my birth. I can, however, understand the need for a shell to watch your back and hide you away from the world, if that is why you wish for a shell." "It is," the slug replied. "It must be a joy to you, to have a shell crafted for you for your lifetime." "But I cannot choose another," the other answered, "While you can." It was a long, quiet moment of contemplation before the other spoke again. "Do you think this shell of mine is good?" The slug was startled, but it answered willingly enough. "Yes." "Do you think this shell of mine is strong?" "Yes," the slug answered, this time a lot more slowly, bemused. The other gave a tiny, weak smile. "Do you think this shell of mine is suitable?" The slug did not hesitate. "Yes," it said, and it could not have said anything more honest. "What are you?" the slug finally queried. "I am a turtle." And the turtle smiled wider, kindly. It may have been just a feeling. It may have been just a thought. But the turtle also said these very words: "You are a snail with a shell." And even though the turtle's shell was all lines and edges and angles, and the shells of the snail's brethren were all curls and swirls wrapping itself into rings of promise, the slug was a snail with a shell, and that was all that mattered. "Yes," the snail said at last, with the turtle's shell heavy on its back. It laid on the turtle's back. It had found its place of suitable shells, and all was well.